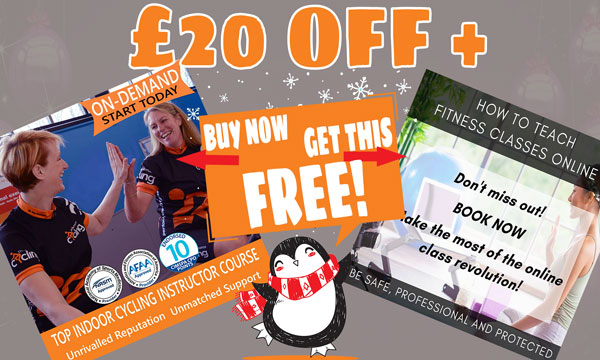 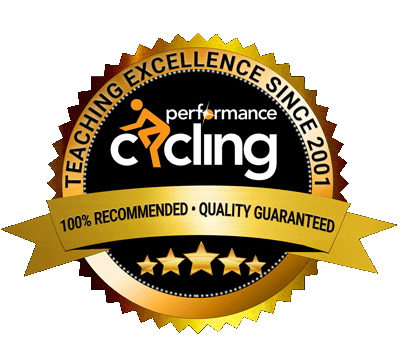 Created, presented and updated by Debbie Kneale, the Performance Cycling Indoor Cycling Instructor Certification is renowned for combining the strongest health and safety base and promoting more variety of teaching and music styles than any other indoor cycling course available. With a global reputation for excellence, we are the indoor cycling training provider of choice for quality by Her Majestys Armed Forces and Prison Service personnel as well as freelance instructors and staff from all the top UK health club chains and selective independents in the UK and abroad.

100% recommended since launch live in 2001 and online in 2009. Overwhelmingly rated as 'Excellent' and chosen by instructors in 40+ countries to date!

Accredited in UK and US - More content and higher standards also make this the ONLY UK indoor cycling course accepted for teaching insurance with or without prior qualifications.

Click here for more on our ONLINE instructor courses

Darren says... "This online training course is an excellent way of completing the qualification without having to travel far and give up any income by attending a full weekend practical. I believe that the support and feedback is just as good as it would be if student and tutor were face to face. Excellent feedback and very prompt replies regarding any queries allowed me to qualify in the shortest time possible. Would recommend as excellent - content and presentation too."

Is Performance Cycling/Indoor cycling the same as Spinning?

*Indoor cycling is often referred to and known by many people as Spinning ®, but officially Spinning ® is a trademark created by Johnny Goldberg (Johnny G) In conjunction with cycle makers Schwinn, Johnny G created the first specially built indoor cycle and instructor certification courses, which he trademarked as Spinning ®.

When launched, Spinning ® quickly became popular other manufacturers began creating their own version of the original Spinner ® bike and associated instructor courses - the quality, duration and content of which are known to vary greatly.

In fact Spinning ®, Spin ® and Spinner ® are all trademarks. Many venues who advertise they run Spinning ® classes or courses or advertise they have a ''Spinning'' or a "Spin" studio, may not always be using the term correctly and may not offer official Spinning ® classes or courses, but instead be using the term to cover any use of fixed gear indoor bikes in a group cycling class format.

Whilst we would not encourage you to use the words Spinning ® or Spin ® to describe classes, courses, studios or yourself as an indoor cycling instructor unless you have done the official Spinning ® instructor certification, it is our experience that when asking about 'indoor cycling classes' or 'indoor cycling courses', very often venues and staff initially say 'No, we don't have that here' but if you then go on to ask the same person if they have 'Spinning ® classes or courses' there, the answer is often 'Yes, we do Spinning here'

All 'Indoor Cycling' instructors, do be aware of this when looking for classes and work or you might find you are missing out by not applying at centres who tell you they don't have indoor cycling there, when really they do, it's just that they only recognise 'indoor cycling' as Spinning ®'!

Note - Spin and Spinning are registered trademarks owned by Mad Dogg Athletics. Any references on this website are solely for information/comparison. We are not affiliated with MDA in any way. With our live and online certifications, you can teach worldwide on any brand of fixed gear bike, not just Spinning brand.